"Giving Voice to the Marginalized" 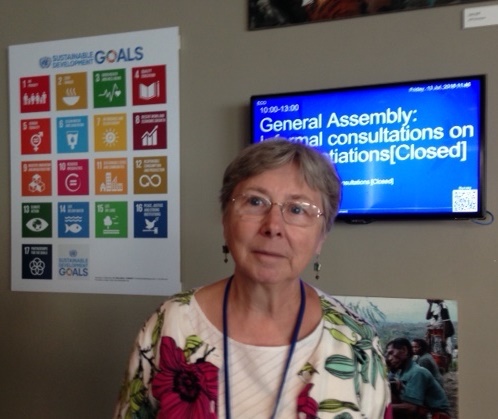 At least once a week, Sr. Barbara Bozak commutes from Connecticut to an office in New York, a block from the United Nations, where she works to bring the voice of people who are marginalized to the attention of the United Nations.

"The mission of the UN and that of the Sisters of St. Joseph is the same," she says. "We were founded to overcome divisions, people working together to build a society that favors life and justice."

By communicating with Sisters of St. Joseph around the world (on five continents and Oceania), she gathers information from the grassroots to bring to a UN committee or UN experts. Recent information shared with UN entities has concerned the situation regarding clean water and sanitation, the need to protect rainforests and the culture of indigenous peoples, or health care needs of indigenous people of villages in the Amazon who can't get access COVID treatment.

"I serve as a voice to bring about change," said Sr. Barbara, who raises awareness of many issues that may be brought to the UN General Assembly.

In photo, Sr. Barbara at the United Nations.