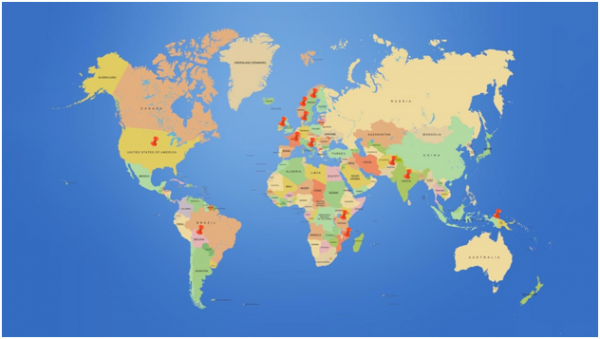 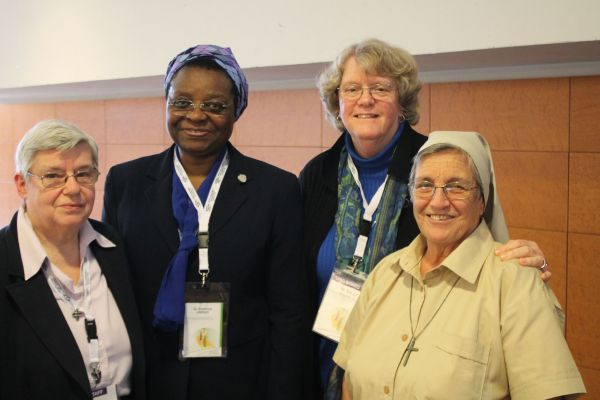 ROME: Sister Sally Hodgdon, Superior General of the North American Province, third from left, with other superiors general at the 2018 meeting of the International of Union Superiors General in Rome. 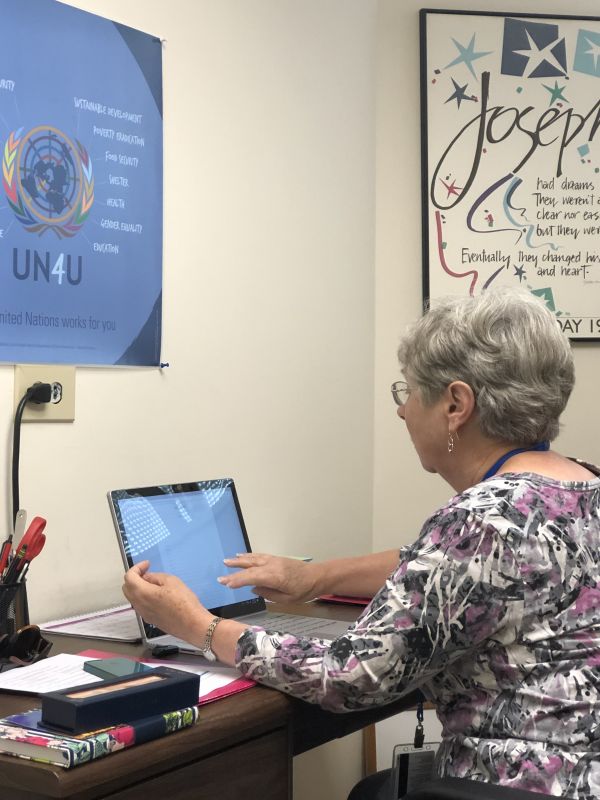 NEW YORK, UNITED NATIONS: Sr. Barbara Bozak, CSJ,
works in New York as a representative for
the US Federation of the Sisters of St. Joseph at the United Nations.

HARTFORD, CT: Sisters and Associates
rally in the state capital for Immigration reform.